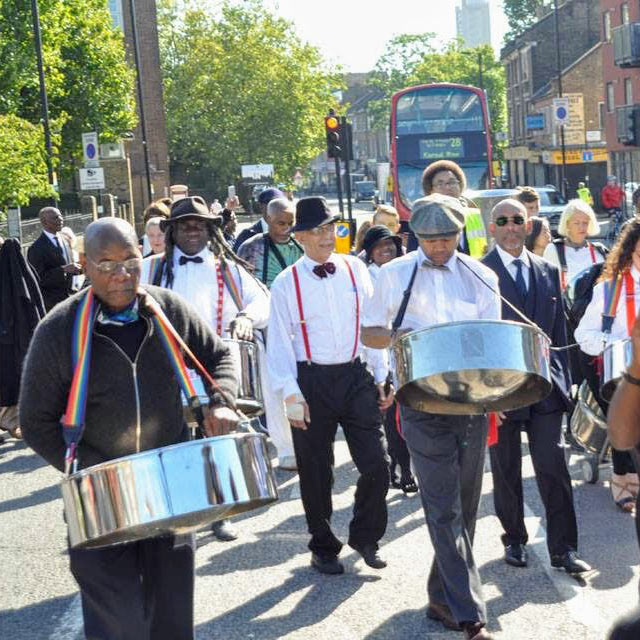 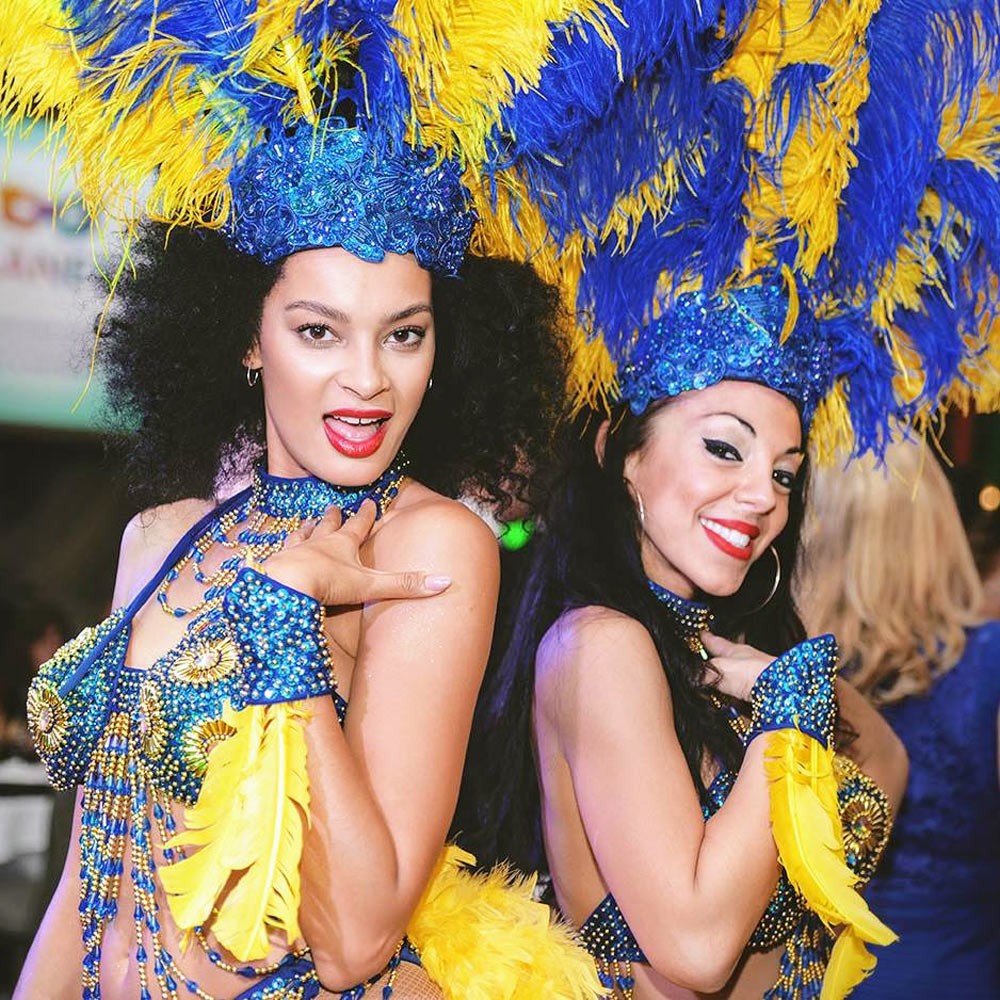 World Beat Samba Drummers are a group of energetic carnival drummers who fuse world rhythms with samba drumming to create fresh new carnival rhythms that are heavily influenced by the cultures of Brazil, the Caribbean and, of course, Africa.

They performed at the 2019 Cricket World Cup Opening Ceremony and with the Black Eyed Peas at the UEFA Champions League Final in 2017. They’ve also played at the O2 Arena, Lovebox, Love Supreme and many more top festivals..

Available in many set-ups and sizes, they work best as a walkabout, in a parade between zones stopping to create a spectacle for their audiences, creating drum and dance circles and getting everyone involved in the joy of rhythm! Just watch a selection of their samba drum performances here.

PRN Steel Drummers consist of Solid Steel band members and their associates practicing what is called ‘Pan 'Roun' Neck’ in Caribbean carnivals. They just strap on their steel pans/drums and 'chip' (half walk/half dance) in time making strolling steel band music in a parade!

With other percussionists in the group as well they play calypso and soca-style music- not just rhythm- using melodies you can choose yourself.

Very popular in community parades and at racecourses, football and cricket grounds, they have been booked to play ‘Under The Sea’, ‘Get Lucky’, ‘Soul Limbo’ (the classic BBC Test Cricket Theme) and numerous football club anthems in the past. They are a taste of Notting Hill Carnival that has a dynamic, exciting impact on any event.

Masquerade Carnival Dancers bring the very spirit of Carnival to any event. Carnival culture is all about letting go of your real-life identity and assuming another one. This costumed dance group provides this to events where the audience is only dressed in formal or casual attire. You can choose yourself the balance of big costumes (often with big head dresses) and smaller skimpy flesh-flashing costumes and even choice of gender- but we won’t be drawn into saying how many choices you have available to you! They often perform to backing tracks in corporate events, but are best experienced as carnival dancers parading to live carnival music. 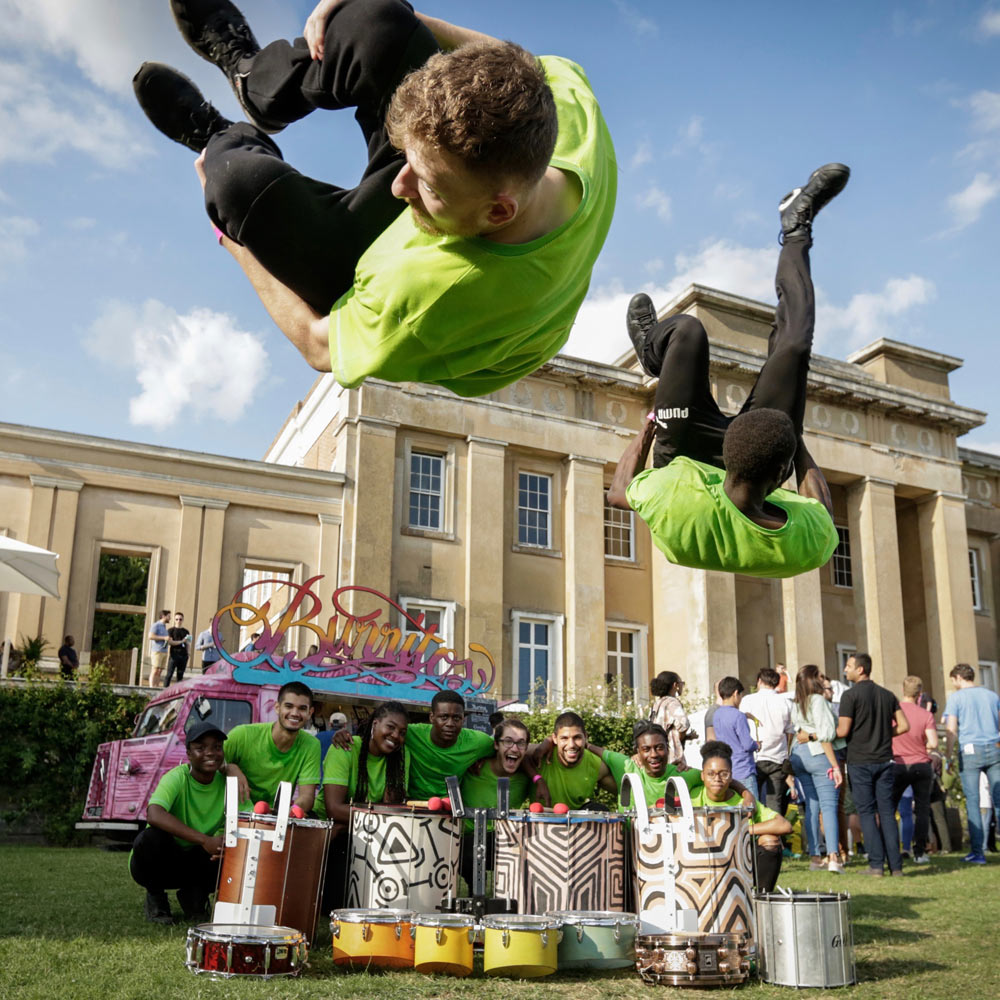 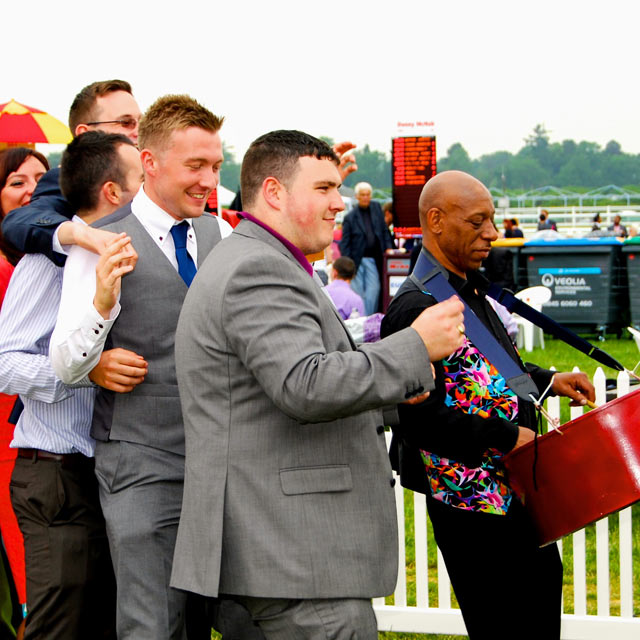